The Travels of Samuel L. Clemens, aka Mark Twain 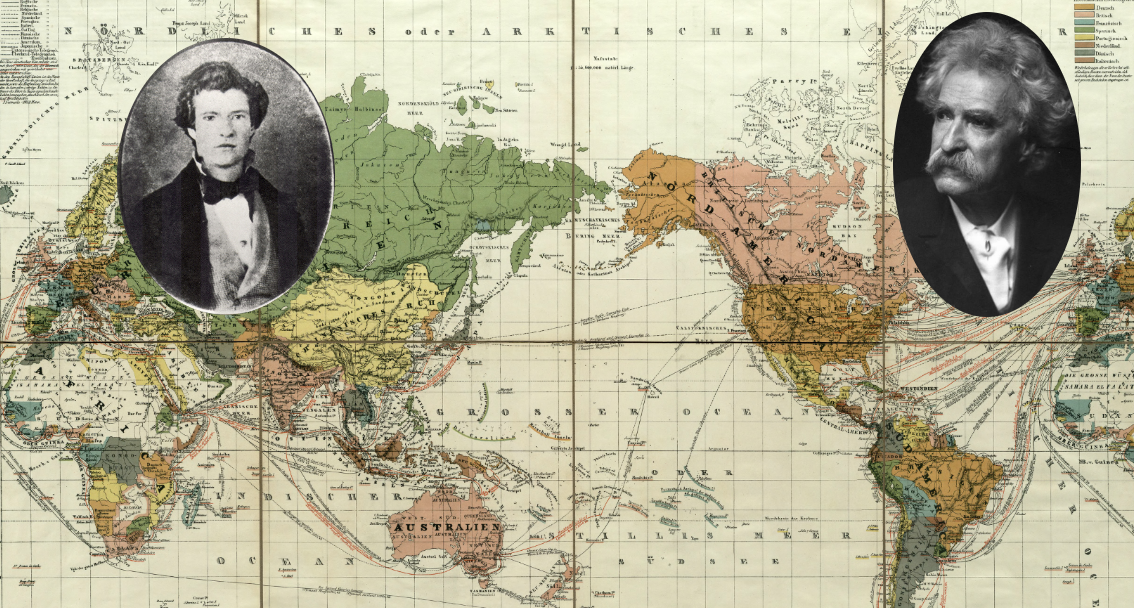 Twain's Geography web site is constantly under development.  The site began with the idea of an on-line course for Mark Twain's tour across North America, on his way around the world.  Its use as an on-line course was never realized but it did begin to acquire sections related to his lecture tours and other travels.  I had previously worked out a likely route across the arid lands from Salt Lake City to Carson City.  This was incorporated along with the Twain-Cable lecture tour, the Quaker City Excursion and his travels associated with his book "A Tramp Abroad".   Eventually, it became necessary to align his travels chronologically.

The current version of Twain's Geography follows a chronological sequence with sections defined geographically.  These major sections are referred to as "Epochs".  The epochs consists of "Episodes" further divided in "Chapters".  Each of the epochs is presented as a Drupal Book.  Drupal being the CMS (Content Management System) within which this site is built.  Nodes, the basic units of each epoch, episode and chapter, have associated locations.  Locations are listed by name as well as displayed on Google maps.  Where a particular route is discussed in a node a KML file is displayed as a map.