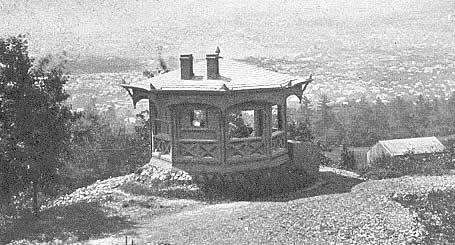 Twain's summer home...Quarry Farm is located in Elmira, New York. In 1869, Jervis Langdon purchased it as a vacation home for his family. When he died the following year, it was inherited by his eldest daughter, Susan Langdon Crane, Mark Twain's sister-in-law. Twain and his family summered there for more than twenty years. He wrote much of his work in an octagonal study built expressly for him, apart from the main house, in 1874. The study has since been moved to the Elmira College Old Campus in order to protect it from vandalism. Elmira College now owns the Quarry Farm home and has made it the site of the Center for Mark Twain Studies. As mentioned in Mark Twain A to Z, his autobiography contains several long reminiscences of his time there.

Beginning in 1871, the Elmira residence of Susan and Theodore Crane, named Quarry Farm by Thomas K. Beecher after an abandoned slate quarry near the house, provided an annual writer’s retreat for Clemens. Jervis Langdon had bought the land and “plain little wooden house” on East Hill overlooking the Chemung River in May 1869, as a family retreat. The house, enlarged and by 1871 the year-round residence of the Cranes, had been bequeathed to Susan by Langdon. The Cranes continued to make improvements and buy surrounding land, eventually holding 250 acres. The Clemenses usually spent their summers there, and sometimes began their stay in the spring, although in 1871 the family first stayed at Mrs. Jervis Langdon’s house in central Elmira, with Clemens going up to the farm to write. The famous octagonal study that Susan Crane built for him was not in place until 1874, however (Ida Langdon, 53–54; “City and Neighborhood,” Elmira Advertiser, 21 May 69, 4; Park; Jerome and Wisbey 1977, 6–7; Wisbey 1985, 4; Jervis Langdon).