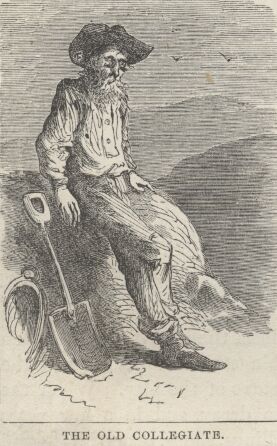 Jackass Hill takes its name from mules that clustered around it when it was a pack-train stop.  It became a placer-mining boom town in 1848.  "By the time Clemens arrived there in early December 1864, the camp was a pale shadow of its former glory."  Clemens spend almost three months there with Dick Stoker, Jim and William Gillis, and their cat Tom Quartz.