Campbell was formed from Hornby, April 15, 1831, and was named in honor of Rev. Robert Campbell, an early proprietor. It is an interior town, lying southwest of the centre of the county, bounded north by a portion of Bath and the town of Bradford, east by Hornby, south by Erwin and a part of Addison, and west by Thurston. Its surface consists of high, broken ridges, separated by the valleys of the streams. The declivities of the hills are generally steep, and their summits from three hundred to five hundred feet above the valleys. The Conhocton river flows southeast through the town, and its tributaries withing the borders of the town are Wolf Run, McNutt Run, Mead's Creek, Dry Run and Stephens and Michigan - or Otter- creeks. The river valley is about a mile in width, and its soil is a rich alluvium.
http ://www.rootsweb.ancestry.com/~nysteube/cb/cb.html (broken link) 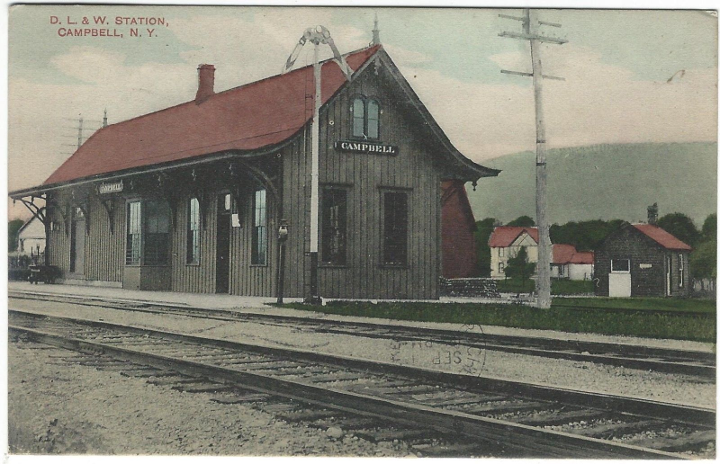