The Iroquois or Haudenosaunee are a historically powerful and important northeast Native American confederacy. They were known during the colonial years to the French as the "Iroquois League," and later as the "Iroquois Confederacy," and to the English as the "Five Nations" (before 1722), and later as the "Six Nations," comprising the Mohawk, Onondaga, Oneida, Cayuga, Seneca, and Tuscarora peoples. The Iroquois have absorbed many other peoples into their cultures as a result of warfare, adoption of captives, and by offering shelter to displaced peoples.
The historic Erie, Susquehannock, Wyandot (Huron), and St. Lawrence Iroquoians, all independent peoples, spoke Iroquoian languages. In the larger sense of linguistic families, they are often considered Iroquoian peoples because of their similar languages and cultures, all culturally and linguistically descended from the Proto-Iroquoian people and language; but they were traditionally enemies of the nations in the Iroquois League.
https://en.wikipedia.org/wiki/Iroquois

The Treaty of Fort Stanwix was a treaty between Native Americans and Great Britain, signed in 1768 at Fort Stanwix, in present-day Rome, New York. It was negotiated between Sir William Johnson, his deputy George Croghan, and representatives of the Six Nations (the Iroquois). 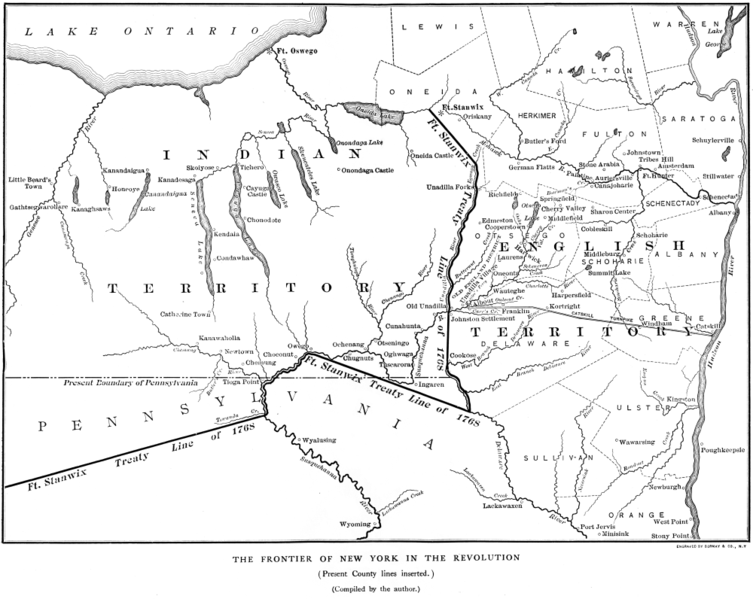 The Treaty of Canandaigua is a treaty signed after the American Revolutionary War between the Grand Council of the Six Nations and President George Washington representing the United States of America.

It was signed at Canandaigua, New York on November 11, 1794, by fifty sachems and war chiefs representing the Grand Council of the Six Nations of the Iroquois (Haudenosaunee) Confederacy, and by Timothy Pickering, official agent of President George Washington. 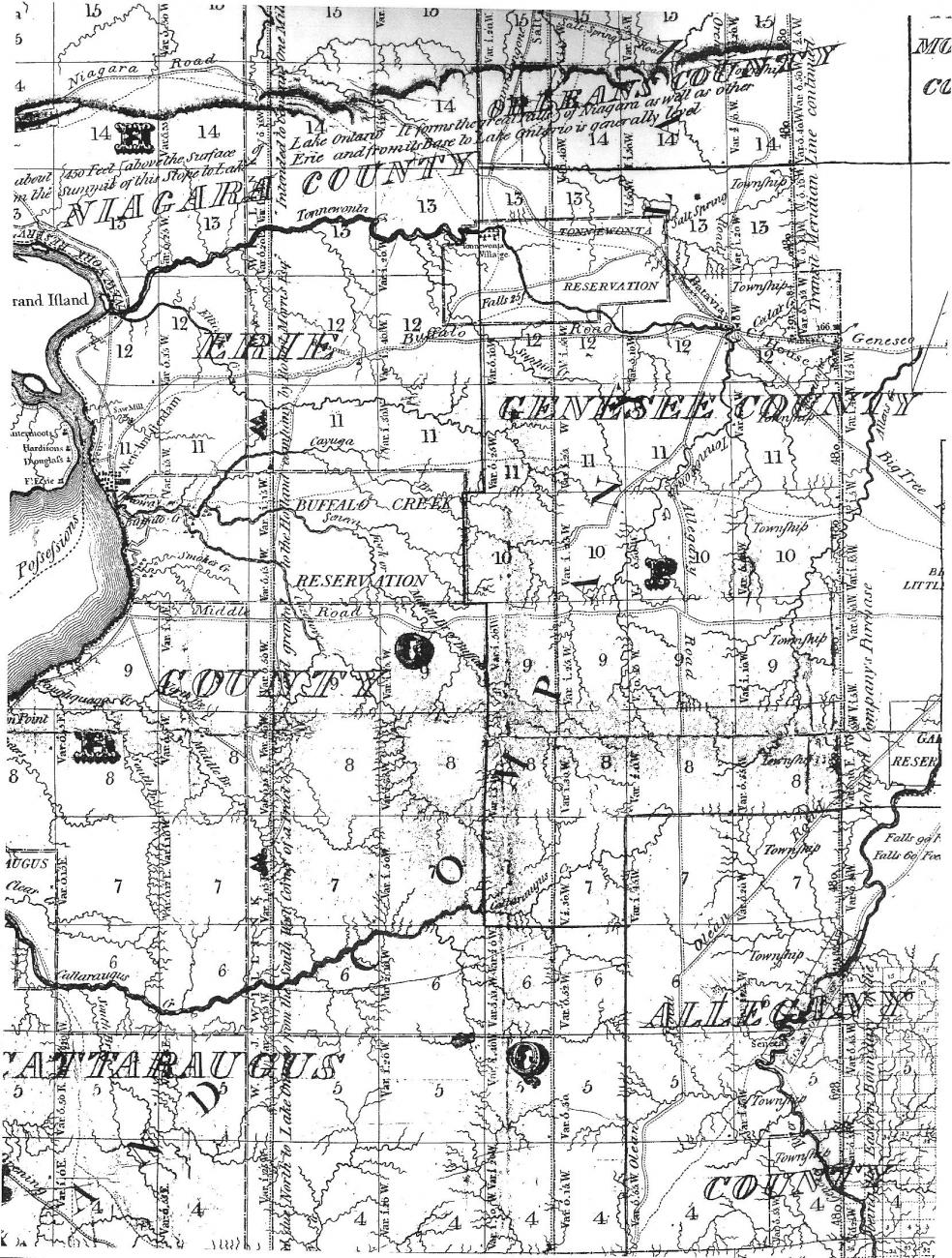