Enroute: From Lecco to Venice

From Lecco to Bergamo

They said it was two hours, by carriage to the ancient city of Bergamo, and that we would arrive there in good season for the railway train. We got an open barouche and a wild, boisterous driver, and set out. It was delightful. We had a fast team and a perfectly smooth road. There were towering cliffs on our left, and the pretty Lago di Lecco on our right, and every now and then it rained on us. Just before starting, the driver picked up, in the street, a stump of a cigar an inch long, and put it in his mouth. When he had carried it thus about an hour, I thought it would be only Christian charity to give him a light. I handed him my cigar, which I had just lit, and he put it in his mouth and returned his stump to his pocket! I never saw a more sociable man. At least I never saw a man who was more sociable on a short acquaintance. 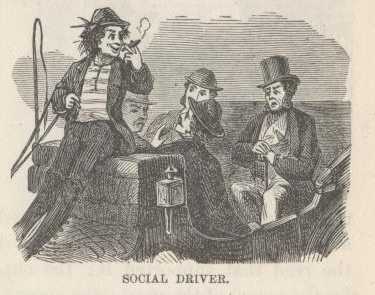 We saw interior Italy, now. The houses were of solid stone, and not often in good repair. The peasants and their children were idle, as a general thing, and the donkeys and chickens made themselves at home in drawing-room and bed-chamber and were not molested. The drivers of each and every one of the slow-moving market-carts we met were stretched in the sun upon their merchandise, sound a sleep. Every three or four hundred yards, it seemed to me, we came upon the shrine of some saint or other--a rude picture of him built into a huge cross or a stone pillar by the road-side.--Some of the pictures of the Saviour were curiosities in their way. They represented him stretched upon the cross, his countenance distorted with agony. From the wounds of the crown of thorns; from the pierced side; from the mutilated hands and feet; from the scourged body--from every hand-breadth of his person streams of blood were flowing! Such a gory, ghastly spectacle would frighten the children out of their senses, I should think. There were some unique auxiliaries to the painting which added to its spirited effect. These were genuine wooden and iron implements, and were prominently disposed round about the figure: a bundle of nails; the hammer to drive them; the sponge; the reed that supported it; the cup of vinegar; the ladder for the ascent of the cross; the spear that pierced the Saviour’s side. The crown of thorns was made of real thorns, and was nailed to the sacred head. In some Italian church-paintings, even by the old masters, the Saviour and the Virgin wear silver or gilded crowns that are fastened to the pictured head with nails. The effect is as grotesque as it is incongruous.

Here and there, on the fronts of roadside inns, we found huge, coarse frescoes of suffering martyrs like those in the shrines. It could not have diminished their sufferings any to be so uncouthly represented. We were in the heart and home of priest craft--of a happy, cheerful, contented ignorance, superstition, degradation, poverty, indolence, and everlasting unaspiring worthlessness. And we said fervently: it suits these people precisely; let them enjoy it, along with the other animals, and Heaven forbid that they be molested. We feel no malice toward these fumigators.

We passed through the strangest, funniest, undreampt-of old towns, wedded to the customs and steeped in the dreams of the elder ages, and perfectly unaware that the world turns round! And perfectly indifferent, too, as to whether it turns around or stands still. They have nothing to do but eat and sleep and sleep and eat, and toil a little when they can get a friend to stand by and keep them awake. They are not paid for thinking--they are not paid to fret about the world’s concerns. They were not respectable people--they were not worthy people--they were not learned and wise and brilliant people--but in their breasts, all their stupid lives long, resteth a peace that passeth understanding! How can men, calling themselves men, consent to be so degraded and happy.

We whisked by many a gray old medieval castle, clad thick with ivy that swung its green banners down from towers and turrets where once some old Crusader’s flag had floated. ...

We reached the quaint old fortified city of Bergamo, the renowned in history, some three-quarters of an hour before the train was ready to start. The place has thirty or forty thousand inhabitants and is remarkable for being the birthplace of harlequin. When we discovered that, that legend of our driver took to itself a new interest in our eyes.

Rested and refreshed, we took the rail happy and contented. I shall not tarry to speak of the handsome Lago di Gardi; its stately castle that holds in its stony bosom the secrets of an age so remote that even tradition goeth not back to it; the imposing mountain scenery that ennobles the landscape thereabouts; nor yet of ancient Padua or haughty Verona; nor of their Montagues and Capulets, their famous balconies and tombs of Juliet and Romeo et al., but hurry straight to the ancient city of the sea, the widowed bride of the Adriatic. It was a long, long ride. But toward evening, as we sat silent and hardly conscious of where we were--subdued into that meditative calm that comes so surely after a conversational storm--some one shouted--

And sure enough, afloat on the placid sea a league away, lay a great city, with its towers and domes and steeples drowsing in a golden mist of sunset.

Padua see p . 175 .  To the l. as the train proceeds the Tyrolese Alps are perceived in the distance.  Near stat. Ponte di Brenta the line ciosse , the Brenta ; at stat. Dolo a lofty , slender campanile ; at stat. Maruno an arm of the Brenta is crossed . From stat. Mestre the line by Treviso and Udine to Trieste ( R . 39) diverges to the N . - Venice, with its dark blue line of towers and churches rising from the sea , now gradually comes into view . The various islands with their groups of houses appear to float in the water.  The line passes Fort Malgheru and two large barracks on the l.